Home | News | “Less Plastics Phuket”: A glance back and forward

“Less Plastics Phuket”: A glance back and forward

Today, the Prince of Songkhla University, Phuket Campus was the hub to learn and exchange about plastic reduction and separation in Phuket when the Phuket Environmental Foundation (PEF) presented its activities and lessons learned of the project ‘Less Plastics Phuket’ under ‘Rethinking Plastics’. 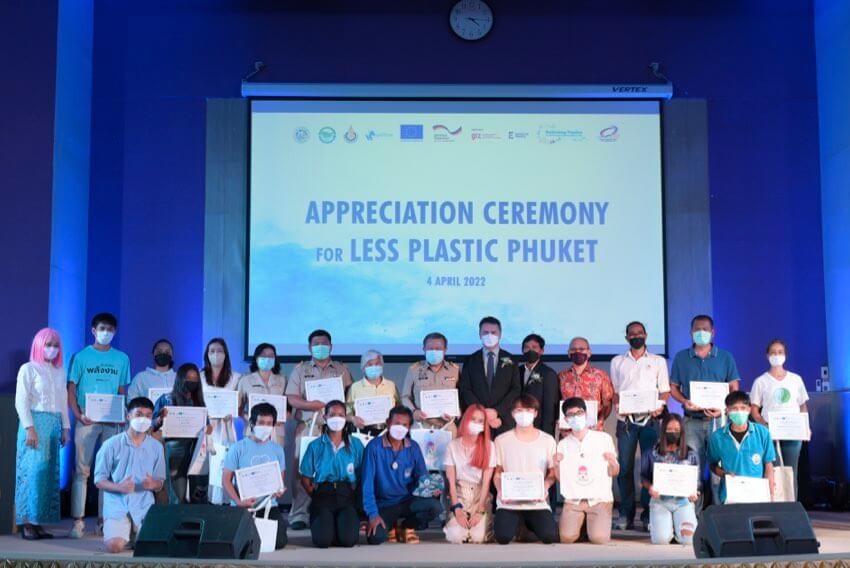 The closing ceremony of the project also featured the KHUN Foundation, who organised a concert and a puppet show to raise awareness on reducing plastic waste.
Even though COVID-19 developments reduced the number of tourists, Phuket, as a tourist province, experienced an increase in plastic waste during the last years, as did a lot of other areas not last due to the rise of take away and delivery services. This is one of the reasons why PEF under Phuket City Municipality implemented the pilot project “Reduction and better plastic waste management in households and businesses” or short “Less Plastics Phuket”. It aimed to reduce and better manage the amount of plastic waste in businesses and households on the island and explored alternatives to single-use plastics. Activities included initiatives on policy level as well as with restaurants and in the food delivery sector, public awareness raising and the support of the Marine Conservation Volunteer Network.

“As a result, we brought 30 governmental agencies and public, private and civil organisations for the “Less Plastic Phuket Declaration” together and were able to reduce 15,170 pieces of single-use plastics. We also started to cooperate with the Tamsang-Tamsong food delivery application and had more than 650 participants in workshops. Moreover, the foundation supported eight beach clean-up volunteer groups which collected more than 3,000 kilograms of waste. There was also cooperation with the Marine and Coastal Resources Office 10 to engage in marine litter clean-up programmes and to create a database to record the amount of waste collected for the purpose of tracking and preventing plastic waste from entering the sea”, summarised Mr. Viroj Phutong from the Phuket Environmental Foundation the efforts and achievements of the pilot project.

Phuket’s Deputy Governor Amnuay Pinsuwan highlighted: “Due to Phuket’ s tourism policy which contributes to accommodating more tourists in normal years, the plastic waste issue is very important, and the amount of plastic waste and garbage continued to increase in line with the rising number of tourists. To find solutions, we need to take action by measures and campaigns to raise awareness of the public, the private and the civil sector. For example, Phuket has been selected as the pilot province for a waste management centre, emphasising waste reduction and separation at source. Waste management was set as an imperative issue that should be solved as soon as possible. The pilot project contributed to this successfully, combining all sectors: The private and civil sector campaign focused on changing behavior on an individual level to reduce plastic waste by using for example natural or more sustainable materials. Joint measures and policies also proceeded with the support of the project in the past two years. Altogether, we took steps towards the ultimate purpose for having a clean and sustainable city both regarding the environments, economics and society.”

Dr. Giuseppe Busini, Deputy Head of Mission, Delegation of the European Union to Thailand added: “The pilot project presented is a good example for the importance of combined efforts of civil society, academia, local administration, communities, and businesses to reduce marine plastic waste. Joint actions are key, ever since the European plastics strategy was presented in 2018, the European Union has been a driving force to tackle plastic pollution. Within “Rethinking Plastics” we have already experienced the additional value of linking local knowledge and experiences to the policy levels as well as of exchanges across our seven project countries and between Asia and Europe.” He also addressed: “I would like to encourage you to continue working together in the direction of less plastic in Phuket. Thanks to all the organisations and participants who actively contributed to this pilot project.”

Dr. Bernd Christiansen, Counsellor for Food and Agriculture, German Embassy Bangkok also raised that the pollution of the oceans by plastic and other waste is a global challenge. “Finding solutions to this problem is a priority for the German government. Resource efficiency and circular economy are two relevant approaches that can help us to address this problem. Both approaches also lead us to more sustainable and resilient economies, which is why we have made it for example a priority topic during our current German G7 presidency. Germany and Thailand have a long-standing partnership in climate and environmental protection.”
He welcomed that “within the project “Less Plastic Phuket” local knowledge and experience of people are being considered when looking for solutions as they are often key to a successful shift to a more circular economy locally and thus to find alternatives to plastics and mitigate climate change.”

Along with presenting the projects activities and achievements, PEF also held a youth talk during the closing ceremony to exchange about the three R’s of waste managements (Reduce, Reuse and Recycle) and the Youth’s opinions with Plukpunya Municipality School, PPAO Baan Nabon School, Ban Mai Khao School, Srinagarindra the Princess Mother School, Phuket and Prince of Songkla University, Phuket Campus (FOTEC club). In addition, the puppet show ‘Dodo the little constipated whale’ was showcased in a live performance highlighting the risk of waste in the oceans and ways to reduce it.

“Our foundation has recognised the importance of awareness raising and conscience building for the proper separate collection of waste. Waste separation knowledge needs to be shared and applied, especially among the Thai youth, starting from schools – Students are eager to learn and change their behavior in waste separation,” outlined Ms. Prangtip Anantavipat, President of KHUN foundation, who developed the puppet show.
After the event, the performance will be disseminated as a video to schools in Phuket and on social media. “The puppet is a story of plastic waste but also of friendship and will help younger people to realise the problem, and to understand more about waste separation while enjoying the show,” she added.

After the puppet show, the well-known Thai artist Kong Saharat Sangkapricha joined to support the event with a mini concert in line with his past engagement for environmental issues. 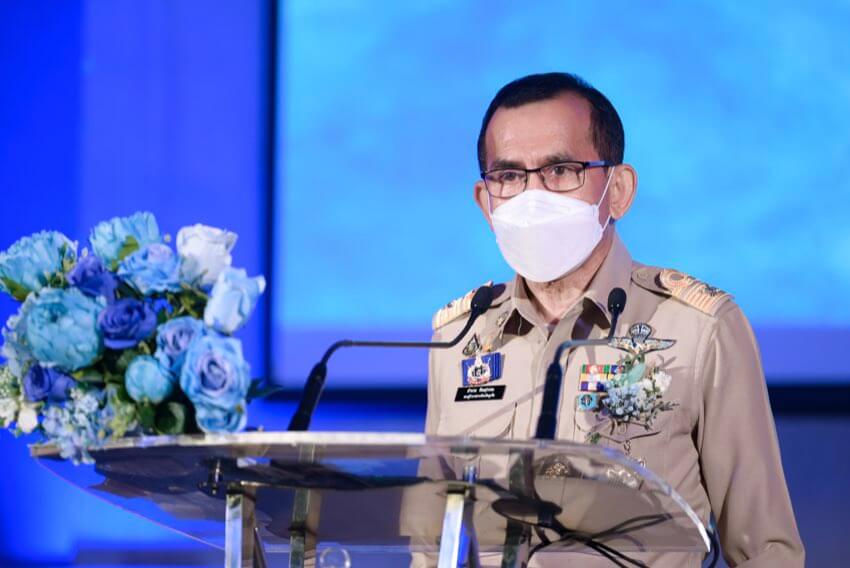 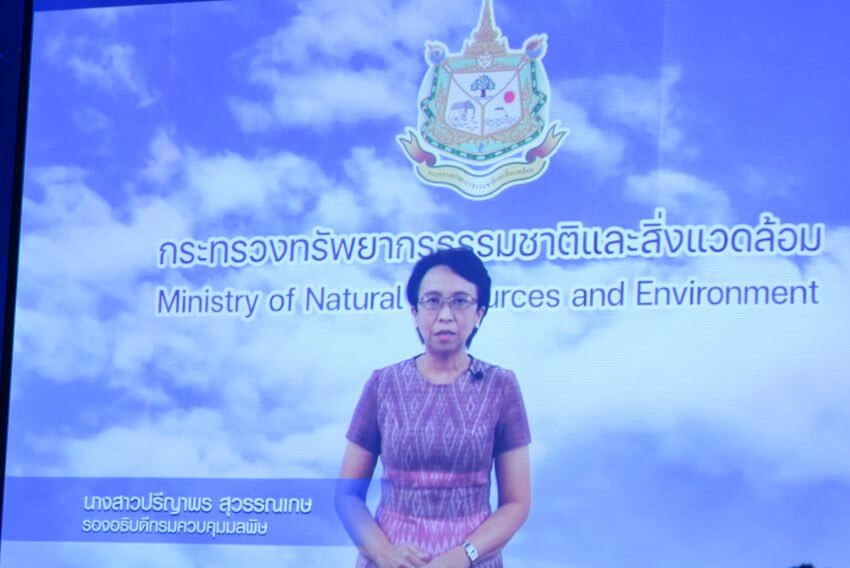 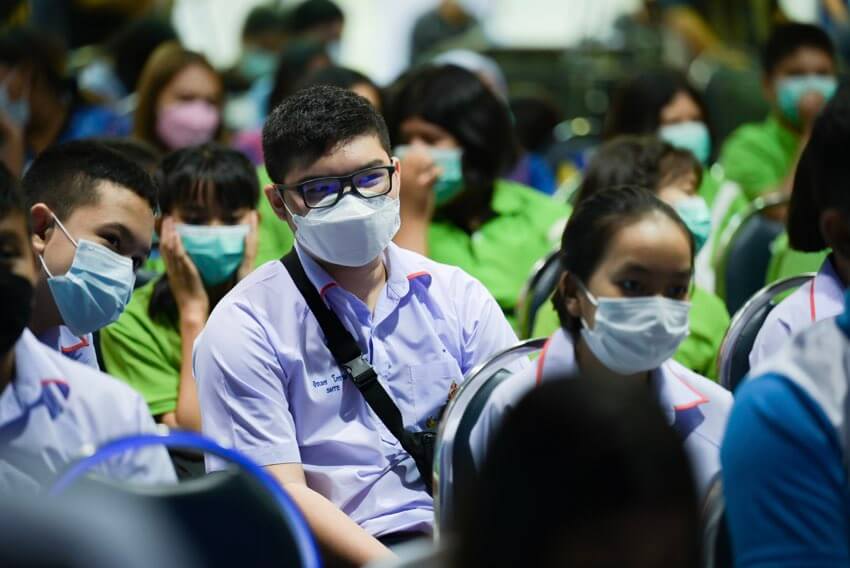 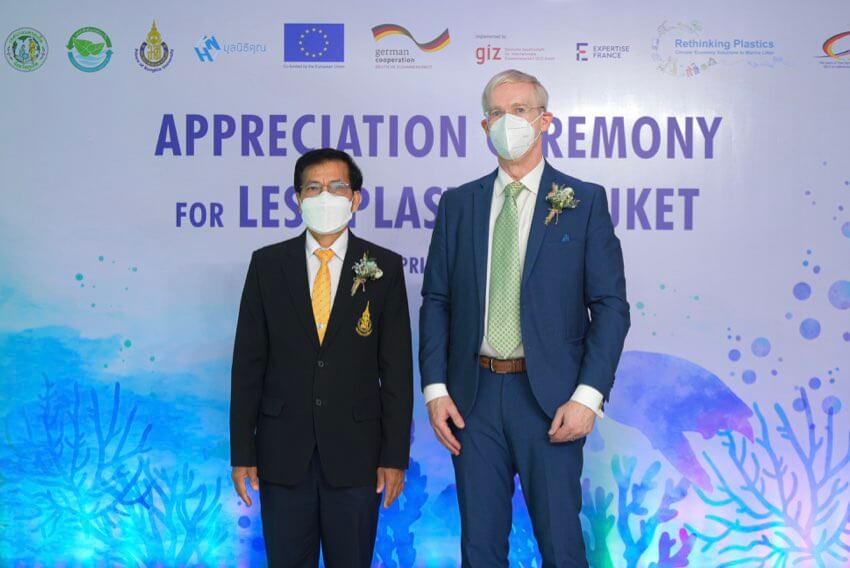 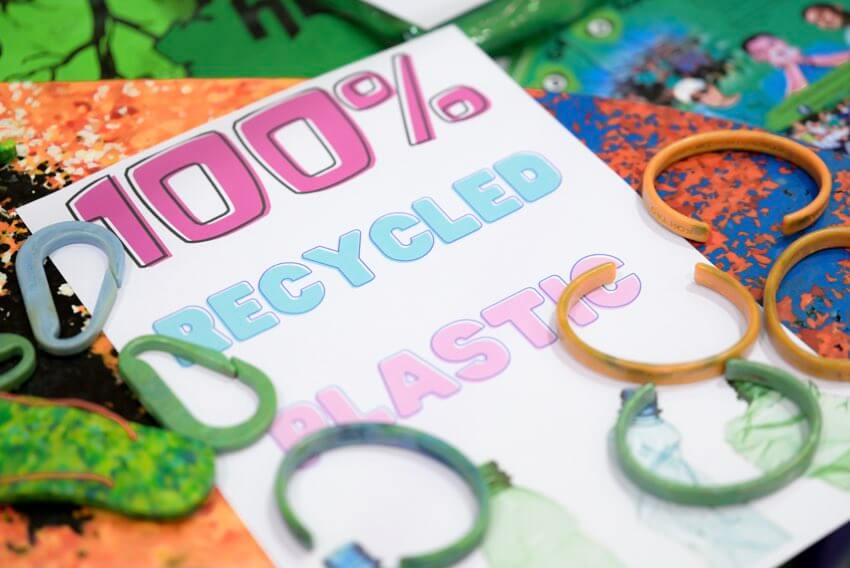 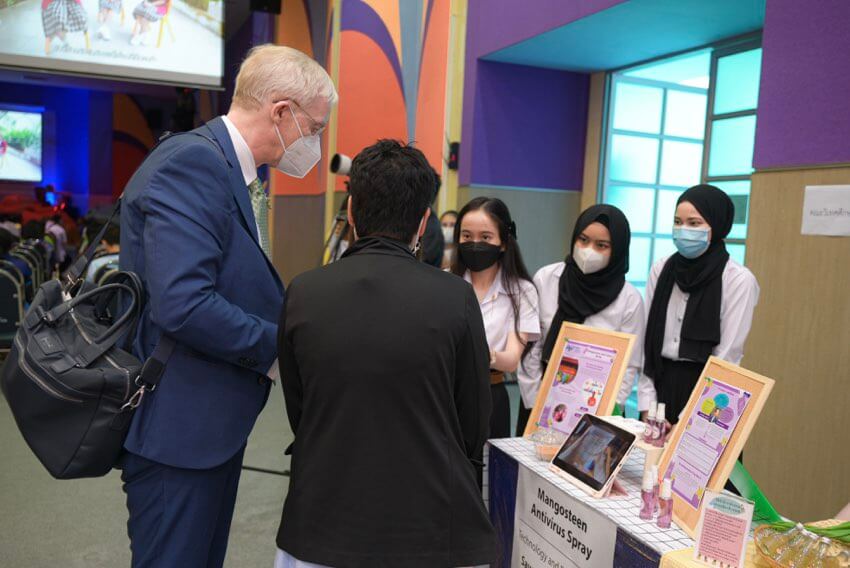 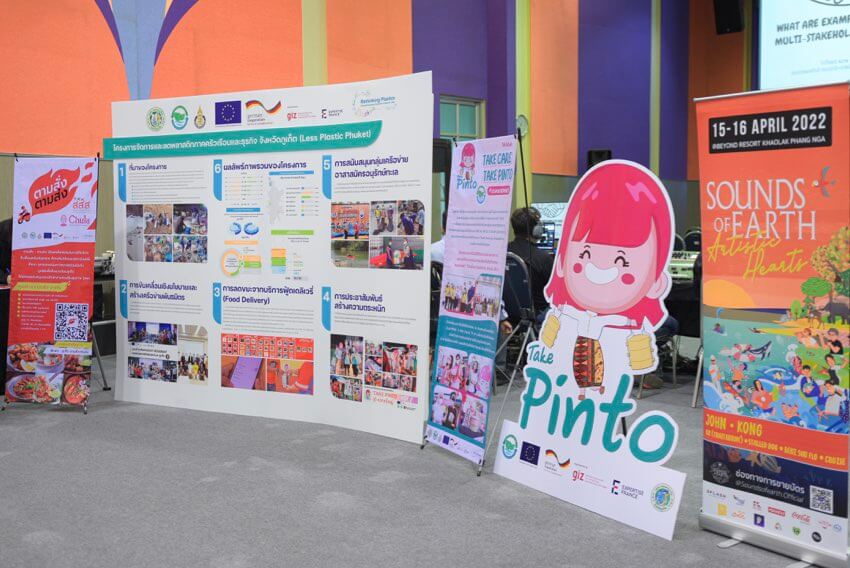 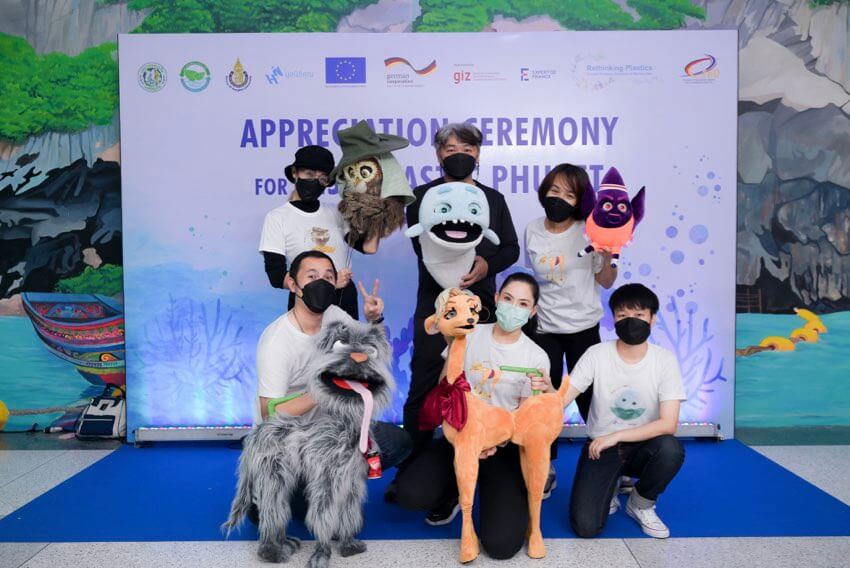 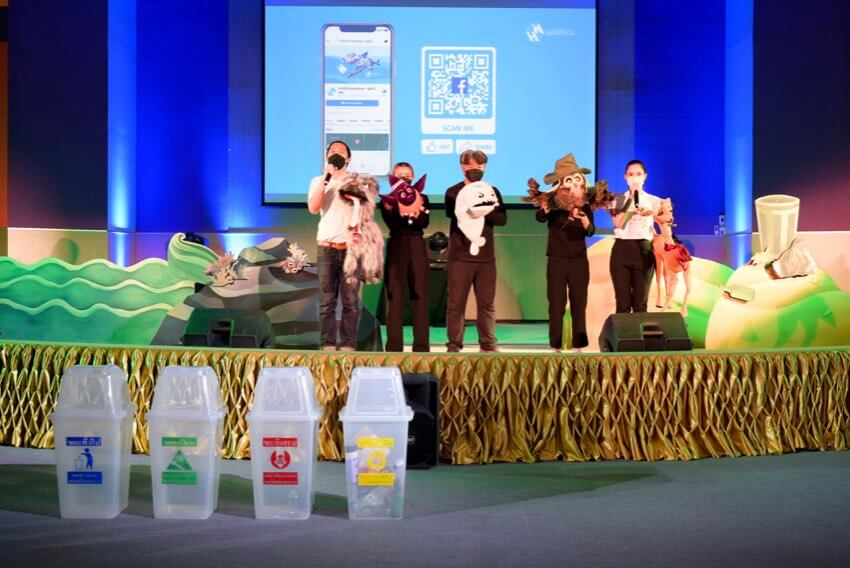 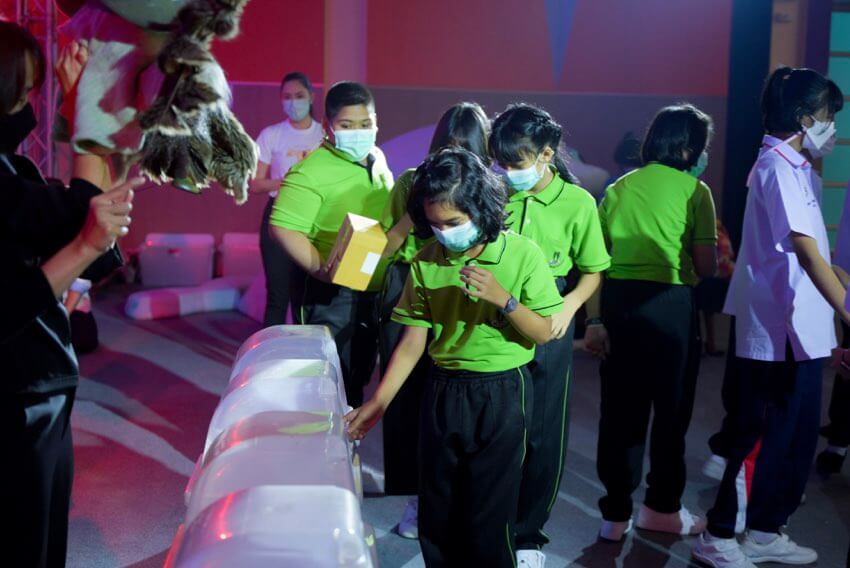 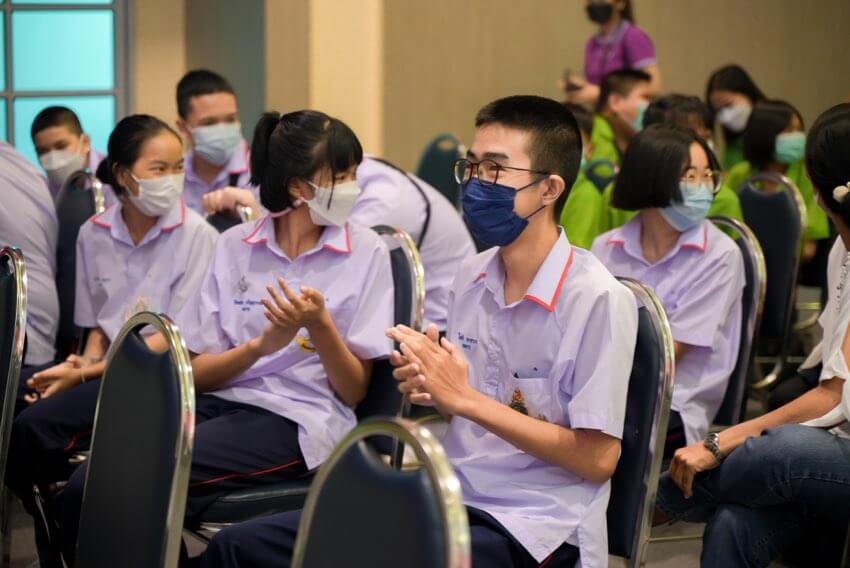 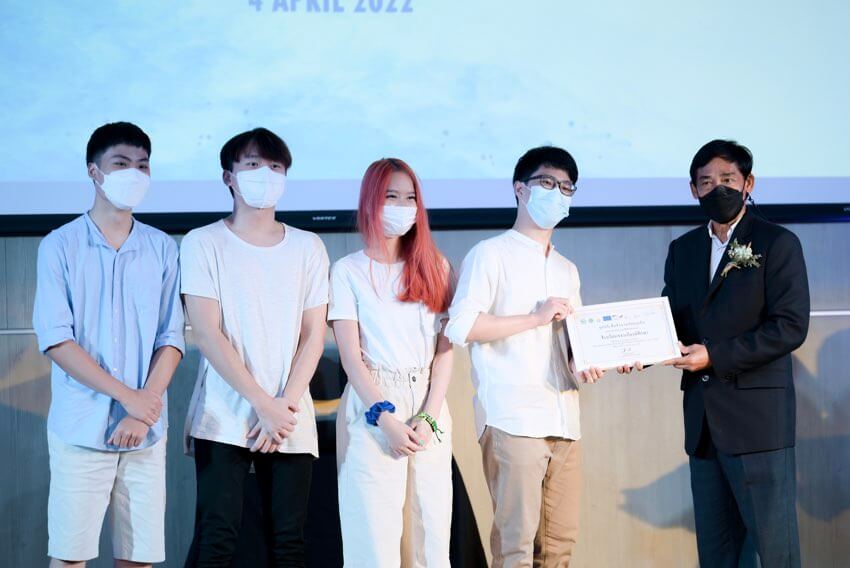 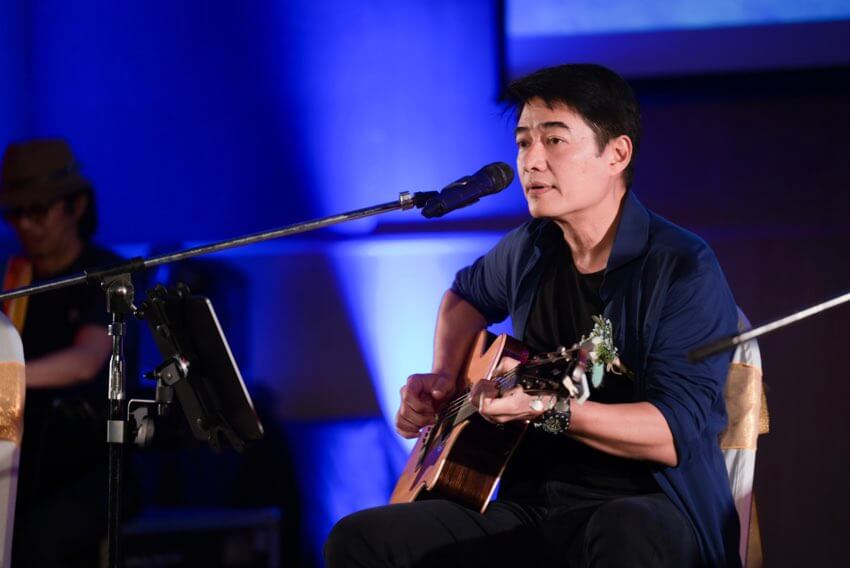 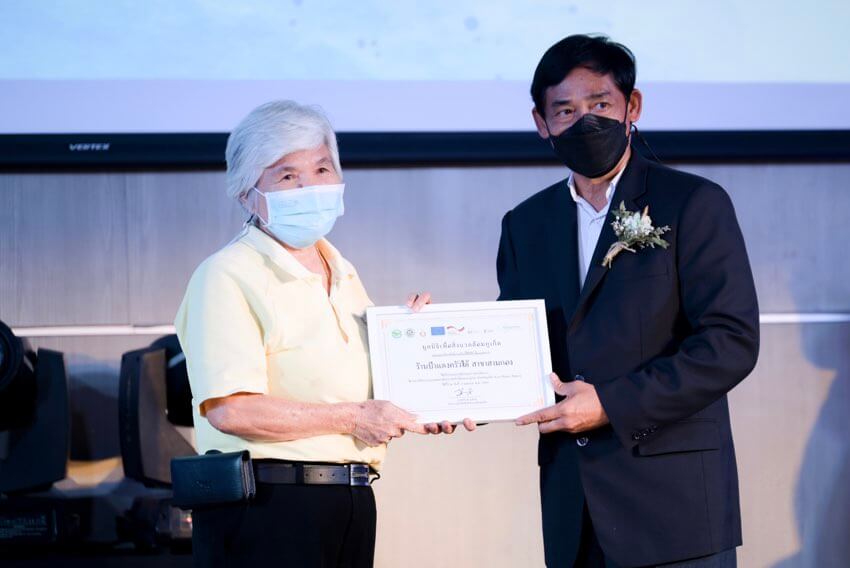 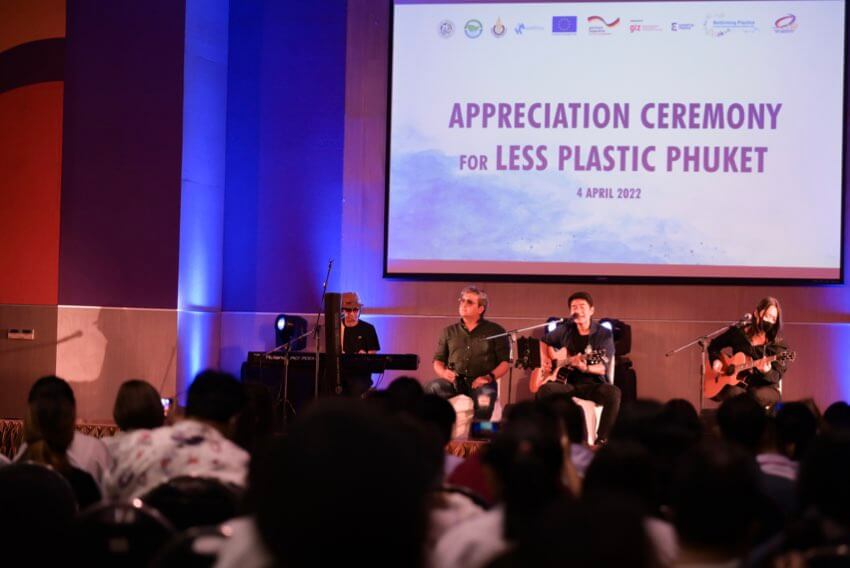