Project Launch: Joint efforts for an ocean free of plastics 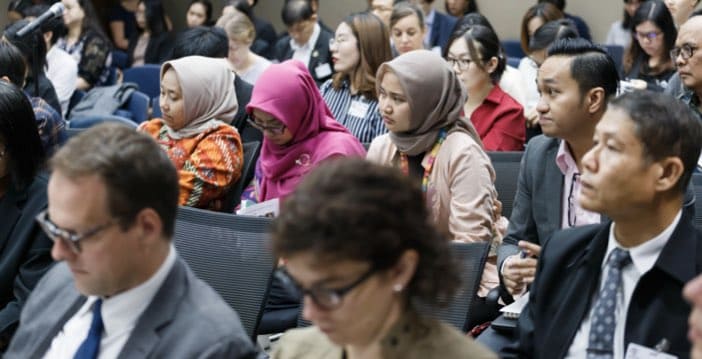 Today, they launched the ’Rethinking Plastics – Circular Economy Solutions to Marine Litter’ project in Bangkok with around 80 invited participants from government, private sector and civil society. The new project, co-financed by the EU and the German Federal Ministry for Economic Cooperation and Development (BMZ), has a duration of three years and an overall volume of 10 Million Euro.

Plastics, for example in packaging and single-used products, contribute to a huge amount of marine litter, which more and more affects marine ecosystems and fisheries, as well as the tourism sector. “We need to strengthen our efforts”, said Mr. Pralong Dumrongthai, Director General of the Pollution Control Department (PCD), the national cooperation partner of the project in Thailand. “The Thai Roadmap on Plastic Waste Management 2018 – 2030 has been developed with the aim to create circular economy and reduce single-use plastics. We will therefore work further on the proposed Roadmap as a policy framework in Thailand with all stakeholders. We hope that we will profit from the knowledge and support of the project on our way to implement the Roadmap.”

H.E. Mr. Pirkka Tapiola, the Ambassador of the European Union to Thailand, added: “We look forward to the in-depth cooperation with Thailand, as well as China, Indonesia, the Philippines, Vietnam, Japan and Singapore in the framework of this new project. With its Circular Economy Action Plan and the EU Plastics Strategy, the European Union is also on the move to transform the way plastic products are designed, used, produced and recycled to avoid that they end up in the ocean. This project is key to harness global exchange and action, and I strongly believe that we can learn from each other’s experiences to maximize our joint efforts.”

agreed H.E. Mr. Georg Schmidt, the German Ambassador to Thailand. “Germany has a long-lasting partnership with Thailand and the other project partner countries and supports sustainable waste management and circular economy solutions worldwide. The upcoming activities intensify this cooperation even more. Circular economy means that we focus on avoiding, collecting, recycling and disposing plastic waste altogether. Instead of leaking into the sea, the aim is that plastics are reduced, reused and recycled. With the new project, we can achieve an important contribution.”

The Deutsche Gesellschaft für Internationale Zusammenarbeit (GIZ) GmbH implements the project together with Expertise France. Mr. Alvaro Zurita, GIZ Team Leader of the ’Rethinking Plastics’ project outlined the areas of action in the project countries: “The project will provide advice and implement activities on topics such as managing plastic waste, sustainable consumption and production of plastic as well as reducing litter from sea-based sources, for example lost fishing gear and waste from ships. We will also identify and support pilot projects to establish and disseminate good practices. I look forward to engaging further with our partners.”

A first step for mutual learning and exchange was part of the launch event: After the welcoming remarks, representatives from East and Southeast Asian countries shared their experiences and concrete next steps to tackle marine litter and reduce plastic waste in their countries together with the project.

Following up to the launch, the ‘Circular Economy and Plastics: A Gap-Analysis in ASEAN Member States’ was presented. The Gap-Analysis is the result of the increased cooperation between the European Union (EU) and the Association of Southeast Asian Nations (ASEAN) on plastic pollution, and one of the most efficient solutions to address it – Circular Economy. 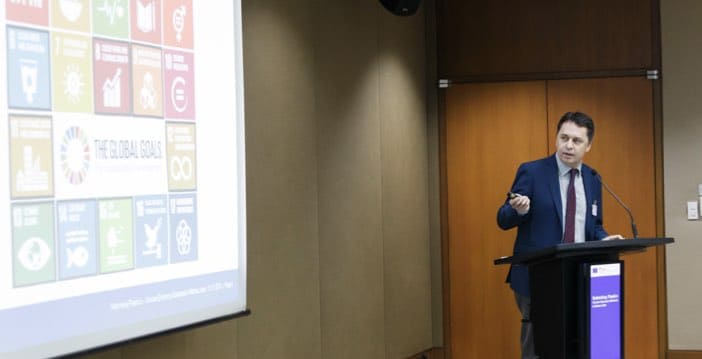 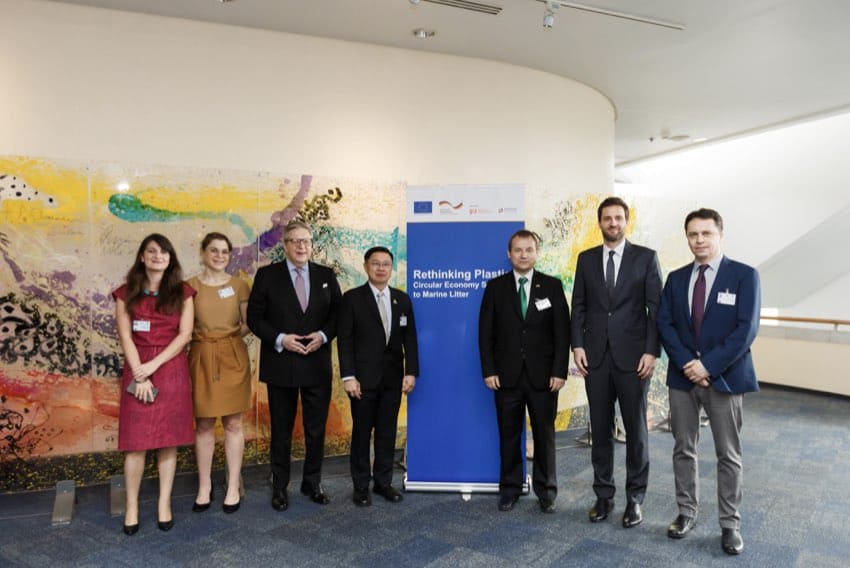 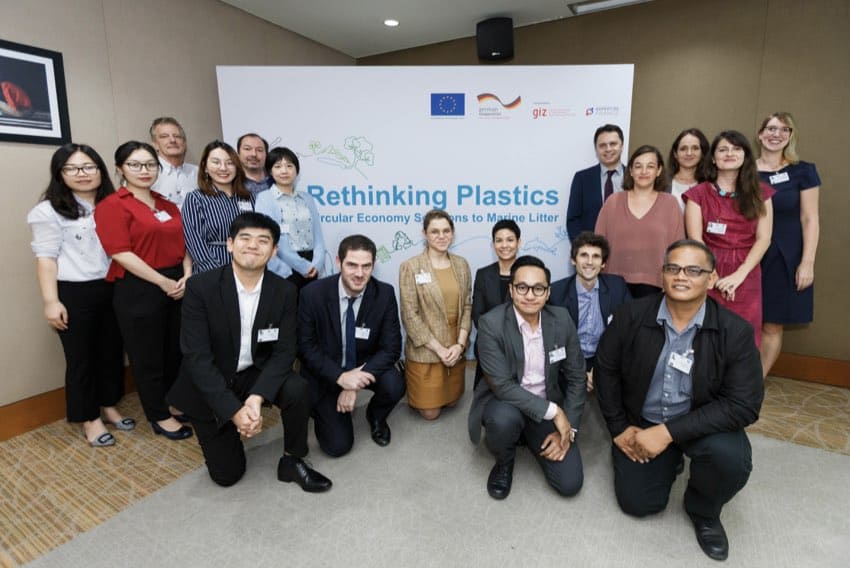 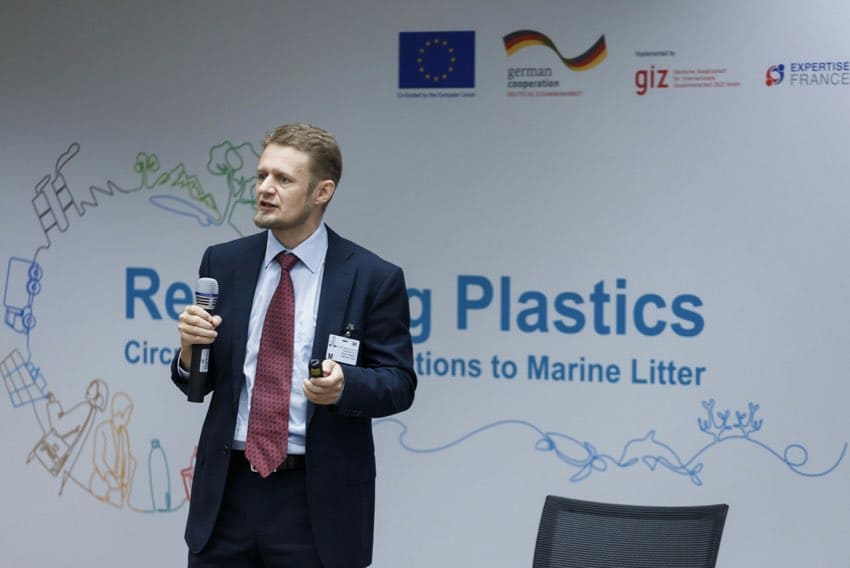 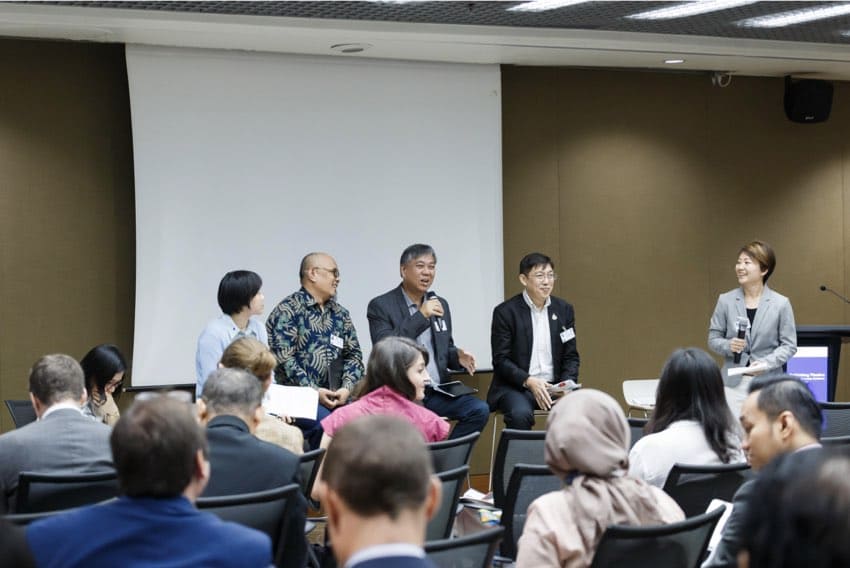 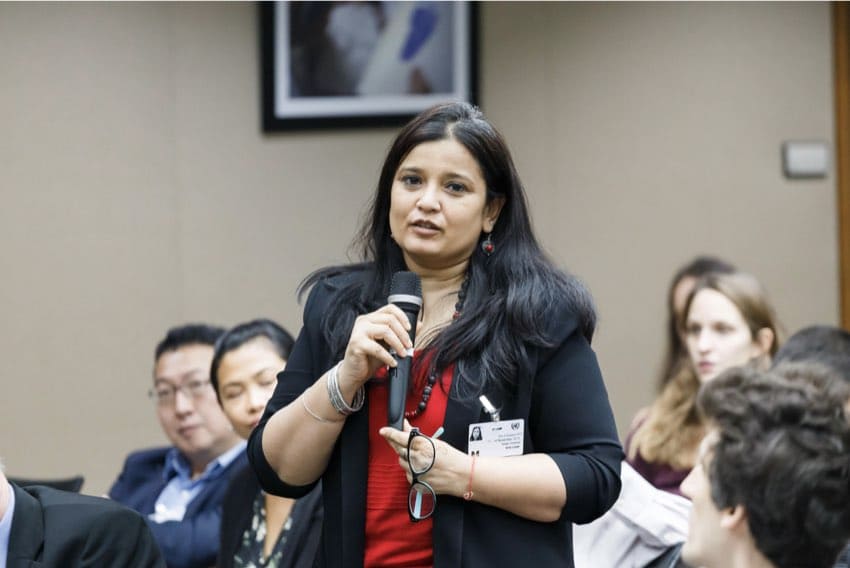 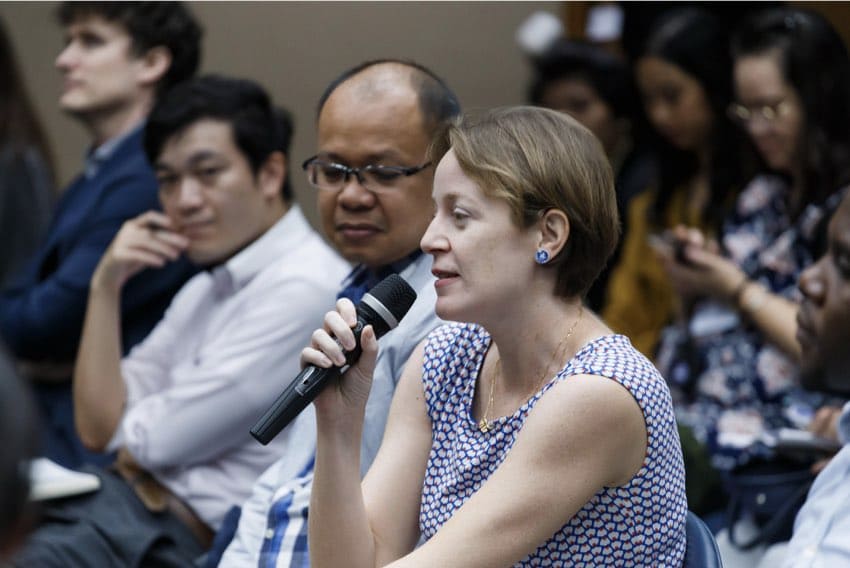 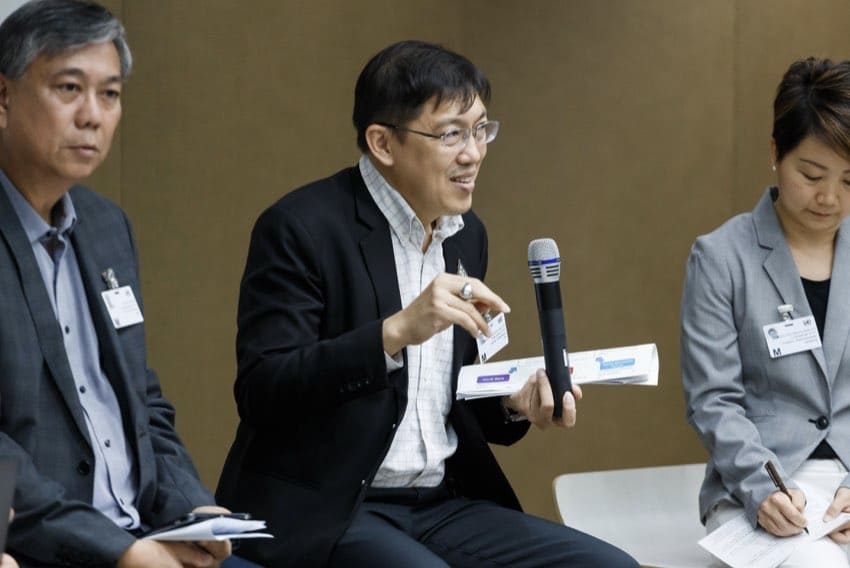 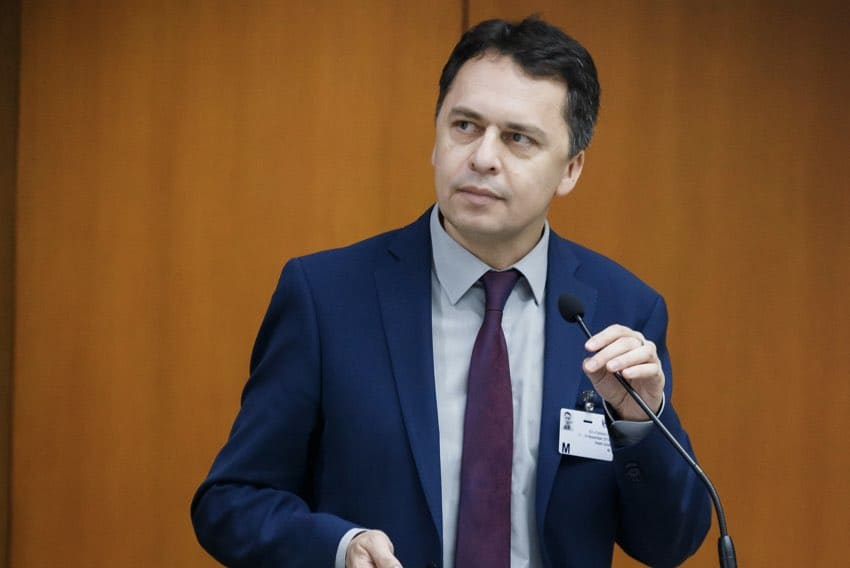 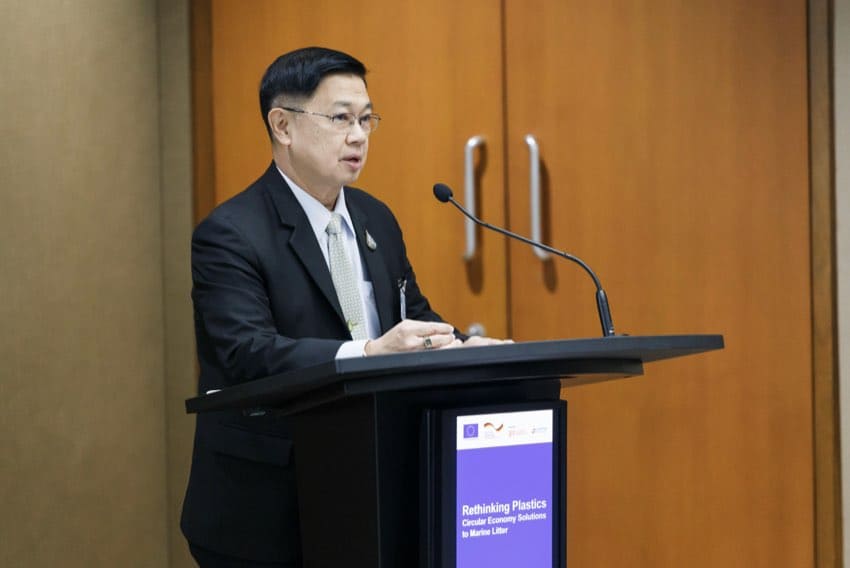 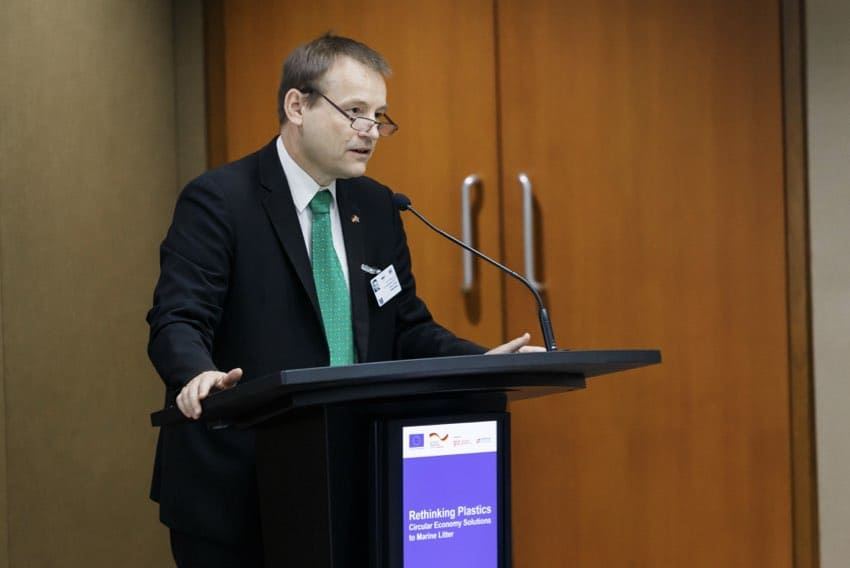 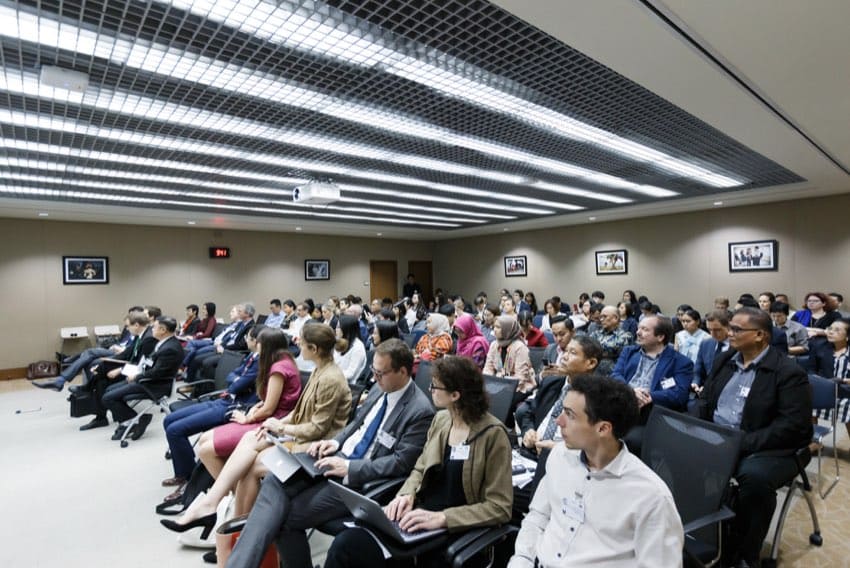 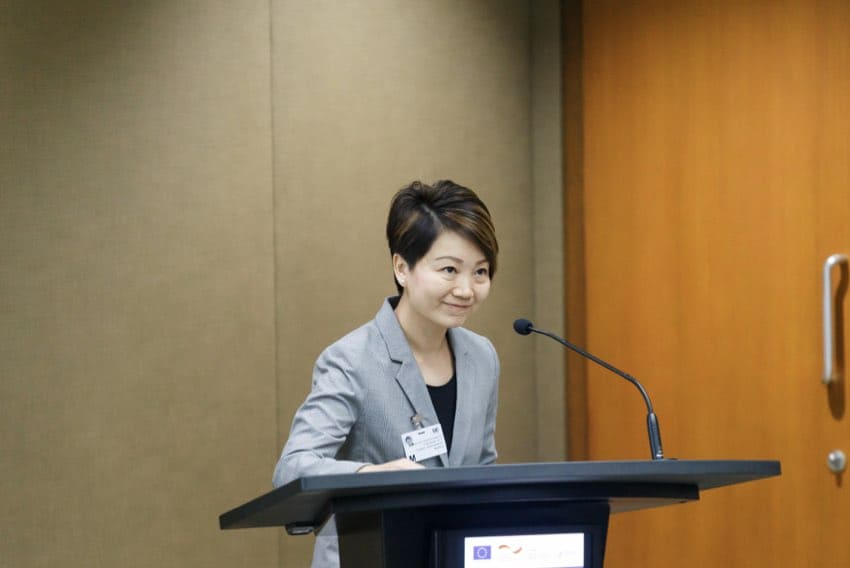